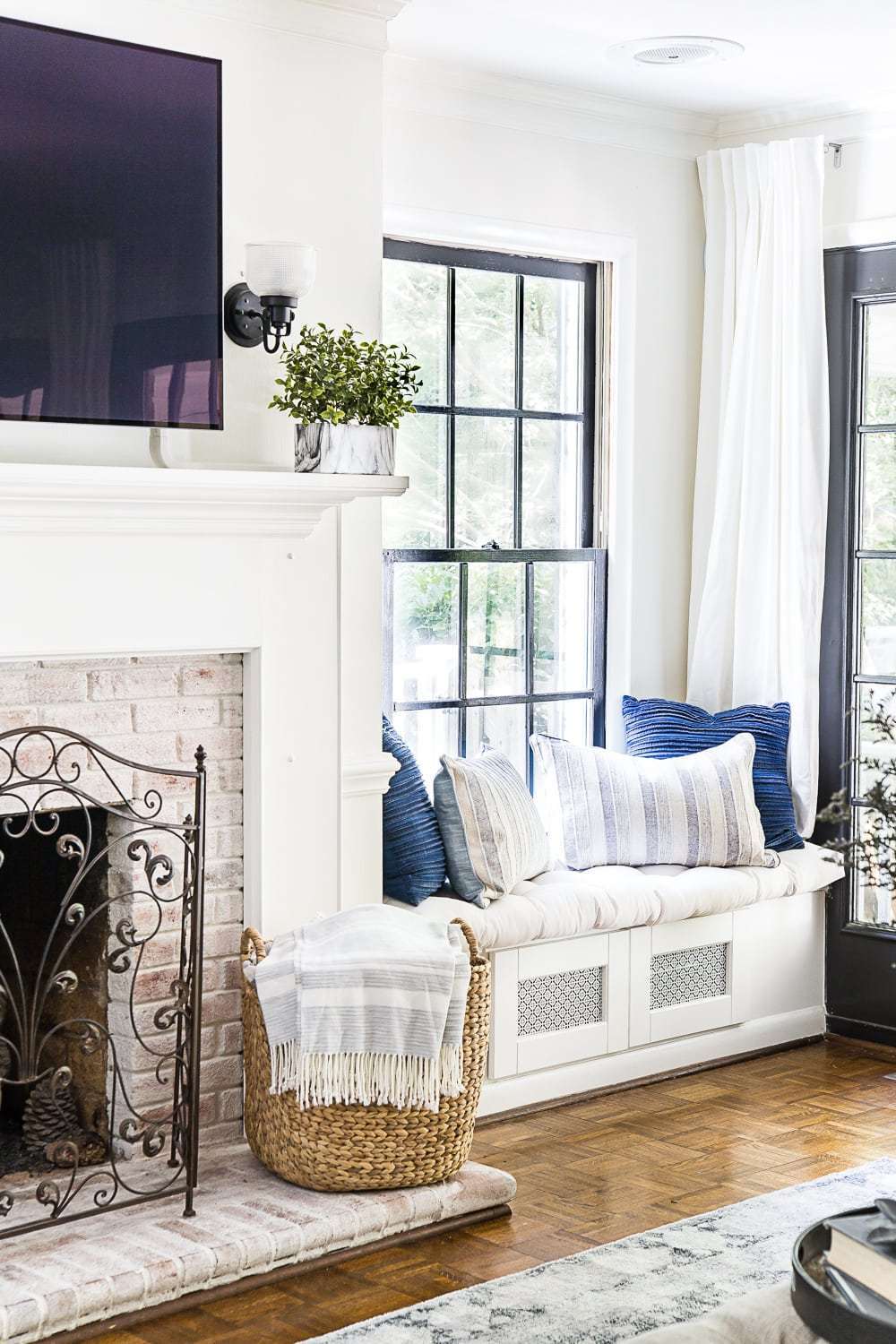 First and foremost, this post does not involve power tools or any other form of major building work. While I would love to make my home physically bigger, space comes at a huge premium in the area in which I reside.

It means that thinking outside the box has become something that I have to do relatively frequently. One of the most recent cases of this came with my living room. It’s somewhat on the small side (in fact, it is miniature) and I finally took the plunge to try and revitalize it.

You’ll be pleased to hear that this did not cost a small fortune to implement. In fact, while I didn’t keep a running tally, I believe the final cost was less than $1,000.

One of the biggest areas of expense came via the mirrors. This was something that I was desperate to invest in; all of the guides show how mirrors can make even the smallest space in a home look ridiculously larger. I bought a large mirror and make it the centerpiece of my room; it was based above a sideboard and sat between two beautiful bunches of flowers. It was positioned opposite the main bay window for the living room, meaning that natural light rebounded around the property in a terrific way. If you are only going to take one piece of advice from my guide, the use of mirrors can be the most impactful in small settings.

However, I also invested in some more budget-friendly ways. For example, perhaps the cheapest (although most time-consuming) element came via decorating. I found a page (listed in the footnotes) which explained the best colors to use for small spaces. Taking this advice on-board, my whole room was decorated in a deep teal.

I was always under the impression that dark tones have the opposite effect on the illusion of size, but in this case I was gladly proved wrong. The use of teal creates shadows and camouflages the scale. In this case, it has also added a wonderfully modern touch to the space.

Finally, it was onto the furniture – and this is where things got interesting. Again, I had always filled up my living room with small pieces for so-called obvious reasons.

However, all of the advice went against this suggestion. I instead purchased a huge rug that filled the floor. It means that the floor is no longer broken up and everything is as one. I also opted for a large coffee table to sit in the middle of the rug. Instead of making the room feel cramped (which was something I first feared) it instead diverted all of the attention onto this feature table. Instead of people visiting and thinking how small the space looked, their attention was immediately diverted to the coffee table.

As you can see, these tips were not overboard by any stretch of the imagination. They didn’t involve knocking walls down or buying additional land! Sure, they have resulted in small investments – but the final results are completely worthwhile.

Apartment Therapy: There is an excellent guide over here on how to use mirrors most efficiently in smaller rooms.

Avas Flowers: Avas Flowers have made all of my renovations oh-so much easier. They deliver quickly and their products last for weeks on end. I would recommend anyone who is trying to make the most of their living space to give Avas Flowers a go.

House Beautiful: There is a wonderful guide by House Beautiful on different paint ideas for small rooms. I opted for their teal suggestion, but the other fourteen ideas are brilliant as well!

The Spruce: This page was the steppingstone for my furniture layout. While I did not replicate any idea exactly, it was something that showed me just how creative you can become when it comes to rooms that are on the small size.